Nearer, my God, to thee.

First class passengers would have participated in an informal dog show on RMS Titanic on 12th April 1915 if the ship had not gone down. Quite a number of dogs were on board and a few survived.
Since the first lifeboats to be launched were not full, no one objected to dogs being carried in them. It is recorded that a Pomeranian belonging to Elizabeth Barrett Rothschild, 54, wife of leather magnate Martin Rothschild was lucky. Martin went down with the ship but Elizabeth and her pet survived. They were on the lifeboat 6.
Margaret Hays, 24, travelling alone, managed to carry her Pomeranian to Lifeboat 7.
Henry Sleeper Harper of the publishing company, 48, and his Pekinese went to the Lifeboat 3 and managed to escape unharmed.
As for the other dogs they drowned like their owners even though someone took pity on the dogs and let them out of their kennels, unable to bear the thought of them drowning while being trapped in there.
A canary, it would seem, also survived to the sinking!
Ann Isham, 50, refused to enter in the lifeboat without her large Great Dane. She was found in the water two days after the sinking of the ship embracing her dog.
One dog however was a real hero! The first officer's large black Newfoundland, Rigel, stayed behind with the ship. He treaded the icy waters after the sinking, desperate to find his master. At the same time, the SS Carpathia was speeding to the scene to search for survivors. In the darkness, no one saw that a lifeboat was in its path and the passengers were too weak to shout or signal their presence. Reports say Rigel swam between the lifeboat and the SS Carpathia, barking continuously. Finally, the Captain heard Rigel and ordered to stop all engines. The dog swam in front of the lifeboat and guided it to safety. Once on board, Rigel seemed physically unaffected by his ordeal. He stood with paws on the rail barking in futility for his lost master until he was taken below for food and medical attention. Jonas Brigg, one of the Carpathia’s sailors adopted Rigel.
Published by Eurodog on Saturday, January 31, 2015 1 comment:

Dogs with separation anxiety exhibit behaviour problems when they are left alone. The most common of these behaviours are: digging, scratching at doors or furniture, howling, barking, urination and defecation. These behaviours are not an attempt by the dog to punish or seek revenge on his owner for leaving him alone. Nor is it boredom. It is part of a panic response.
His anxiety is the result of the separation from his master not merely the result from being left alone. If your dog is a sufferer, these are some simple tips:

What NOT to do?
-Punish the dog as soon as you come into the house. Punishing will actually increase his separation anxiety.
-Getting another pet as a companion. The dog wants his master as a companion not another animal.
-Putting the dog in a crate. This will not calm him but increase his panic responses.
-Training the dog. This is a paradox. Formal training is, of course, a good idea but in this case the dog is not being disobedient nor does he show lack of training. It is a severe panic response.

What to do then?
-Keep arrivals and departures low-key. Ignore the dog – and this is difficult – for a few minutes when you get home before patting him.
-Leave the dog with an item that smells of you. An old t-shirt you’ve slept in, for instance.
-Leave the radio or television on when you leave the house.
-Train your dog to stay by himself in the house and not to follow your every step. Leave him in another room whilst you do the ironing, for instance.
-Pretend to go out. Put on your coat and take your car keys and go out of the door. Return within the minute. Repeat this frequently during the day. Once the dog has accepted this, increase the time you have gone. Associate this with reassuring words such as “I’ll be back”.


I am often asked about this problem. Invariably this occurs in puppies or young dogs or adopted dogs and which are left alone whilst there owners are at work or out all day.
I do not take very kindly to this. What is the point of having a dog in such a case?
A dog needs companionship, needs to interact with humans, needs to be walked, needs to be stimulated and needs to be safe in the knowledge his master will return. 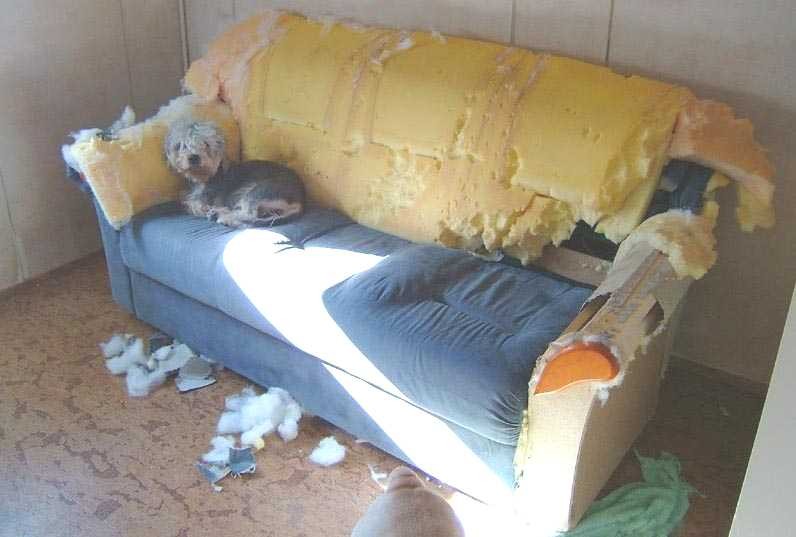 I received this picture with the caption : "Please adopt me". Dogs like young children suffer from separation anxiety. Destructive behaviour is a sympton of this.

Am I a softie after all?

Grenier in his book The Difficulty of Being a Dog writes how Napoleon was once surveying a battlefield from which the dead had not yet been removed. He saw a dog beside the body of its master, howling, licking the dead man’s face. Napoleon wrote about this in his memoirs. “No incident, on any of my battlefields (note the use of my battlefields!), ever produced so deep an impression on ” declares Napoleon who was insistent that the death of millions meant nothing to him.
“ I had, without emotion, ordered battles which were to decide the fate of the army; I beheld, with a dry eye, the execution of those operations, by which numbers of my countrymen were sacrificed; and here I was upset, my feelings roused, by the mournful howling of a dog.”
Published by Eurodog on Tuesday, January 13, 2015 2 comments: 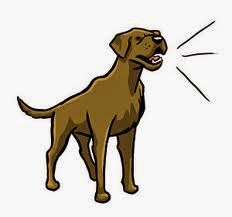 Barking dogs are a nuisance both in the city or in the country.   I do a lot of reading and research on dogs and recently I came across a book by Pat Miller about positive dog training. She is an American dog trainer. I stumbled on these few lines in a chapter on barking. I am speechless.
"One of the most disgusting things humans sometimes do to their dogs is debarking. Dogs come with voices; it is up to us to train them not to be chatterboxes. Debarking a dog by severing his vocal cords is an abomination."
Ever heard of the word “debarking” ?  Or the practice?
Published by Eurodog on Thursday, January 08, 2015 1 comment: