A dog, not cheese. 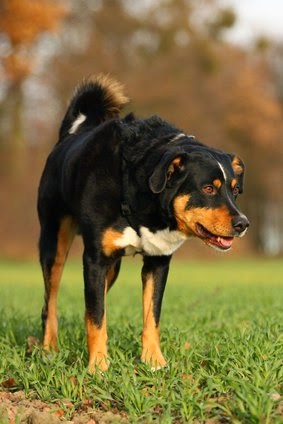 
The Appenzeller Sennenhund finds its origins in the Appenzell region of northeast and is probably descended from the "cattle dogs left there by the Romans".
The breed was originally kept primarily as a cattle herding dog, and a flock guardian. It was also used as a draft dog, and general farm dog. The breed also was known for its affinity to both herd and guard with such devotion that they would give their life to protect their charge. Just like Ozzy!


I only knew the delicious Appenzeller cheese.

You could fool me! 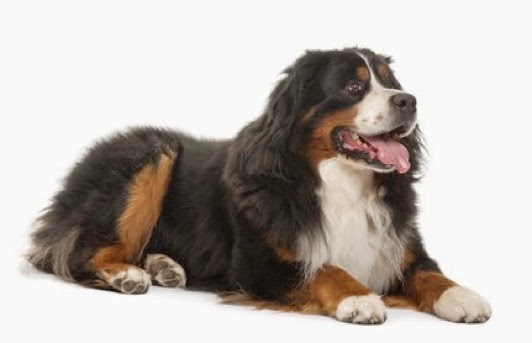 This could be Ozzy but it isn't.  It's another one of his cousins.  Close cousin.
It's a Bernese Mountain dog ( Berner Sennenhund in German and Bouvier Bernois in French) which originated in the Swiss mountains and was named after the Canton of Bern. The breed was used as an all purpose farm dog for guarding property and to drive dairy cattle long distances from the farm to the alpine pastures. They make ideal pets.  Just like Ozzy.
Published by Eurodog on Monday, May 12, 2014 1 comment: 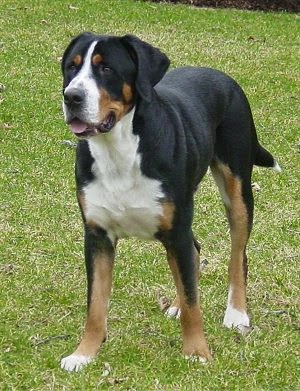 Whilst walking in the forest, Ozzy and I encountered a most beautiful dog.  It’s an Ozzy look alike with a short haired coat.  Ozzy’s cousin.


The Greater Swiss Mountain Dog (Grosser Schweizer Sennenhund ) is considered the oldest of the Swiss breeds and was instrumental in the early development of both the St. Bernard and the Rottweiler. There are several theories regarding the ancient origins of the Swiss Sennenhund breeds. The most popular theory states the dogs are descended from the Mollasian, a large Mastiff-type dog that accompanied the Roman Legions on their invasion of the in the 1st century B.C.


Large, sturdy and confident, the Greater Swiss Mountain Dog also referred to as "Swissy" is a draft and drover breed - robust and agile enough to perform farm work in very mountainous regions. As a working dog, Swissies like having a job to do.  Developed in the remote and isolated areas of , they were was originally used for draft work, livestock management (herding and guarding) and as a farm sentinel.  The breed was assumed to have died out by the late 19th century, as their work was being done by other breeds or machines, but it was rediscovered in the early 1900s.


I had never come across one before.
Published by Eurodog on Saturday, May 03, 2014 2 comments: