Most expensive dog ever.


Tibetan mastiffs are an ancient breed long revered as adept guard dogs.  Not only are they ancient dog with a rich history, dating back to nomad times in .  They have become a modern-day craze in . The special breed of dog is becoming more and more popular across , but besides popularity, it's associated with affluence. It is viewed as a holy animal, and legend has it that Tibetan mastiffs provide their owners with a blessing to their health and security. They are independent and intelligent, and protective of their owners and their property.
An 11-month-old red Tibetan mastiff has become the world's most expensive dog after being purchased in for just over $1.5 million.
Although the specifics of the sale are confidential, the seller divulged that a multi-millionaire coal baron from northern purchased the Tibetan mastiff, affectionately called "Big Splash" or "Hong Dong" in Chinese.
Published by Eurodog on Thursday, January 30, 2014 1 comment:

Email ThisBlogThis!Share to TwitterShare to FacebookShare to Pinterest
Libellés : dog breeds, what next? 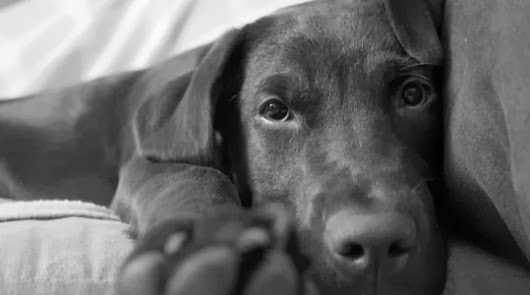 Using MRI technology, scientists at ( ) set out to determine how dogs' brains work, and they discovered that dogs experience emotions in a way comparable to humans.


For two years researcher Berns and his colleagues have trained dogs to enter an MRI scanner while awake and unrestrained. Typically, animals are anesthetized so they won't move during a scan, but you can't study brain functions like perception and emotion when an animal is asleep.


Another reason Berns chose not to anesthetize his canine participants is because he says wanted to treat the dogs like people.


All the dogs in the study have consent forms signed by their owners, and only positive training methods are used to prepare the animals for the MRI.


Berns' own dog, Callie, was the first dog to have her brain scanned. With the help of a dog trainer, Berns taught Callie to enter an MRI simulator.


Callie learned to enter the tube, place her head in a chin rest and sit still while wearing earmuffs to protect her ears from the machine's noise.


After a few months of training, Callie was ready for her first MRI, and Berns and his colleagues got their first maps of canine brain activity.


Other owners soon volunteered their dogs for research, and Berns has now scanned more than a dozen of their brains. The more data he gathers, the more he's convinced that dogs aren't that different from us.


The canine brain maps showed Berns that dogs use a region of the brain known as the caudate nucleus in a similar way to humans.


These findings don’t necessarily mean that our dogs love us, but because many of the same things activate both the human caudate and the dog caudate, neuroscientists say this could be an indication of canine emotions.
Published by Eurodog on Monday, January 27, 2014 2 comments:

Email ThisBlogThis!Share to TwitterShare to FacebookShare to Pinterest
Libellés : facts 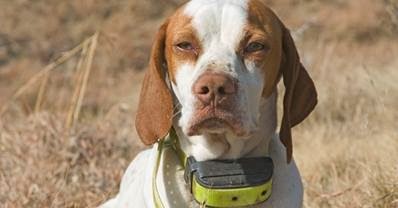 The Kennel Club in calling upon the Government and Scottish Parliament to introduce an outright ban on the use of electric shock collars as devices to train a dog.  Subjected to an electric shock, a dog will respond out of fear of further punishment, rather than from a natural willingness to obey. In order for the devices to serve effectively as a training tool, the dog has to perceive the shock as painful - moreover if the dog does not respond, the punishment has to escalate, creating further potential for abuse.


A number of research studies have found electric shock collars to be unnecessary in the training of dogs.  These collars can cause negative behavioural and physiological changes in dogs and are open to misuse by users of them. Often owners may not even know how to use one of these collars.  When a dog gets shocked, it has no idea what has caused the pain and reacts fearfully.  It is likely to associate the pain with something in its immediate environment rather than with its own behaviour at the time, which is why it is common for dogs to attack other dogs, their owner or another animal or person close-by at the time of the shock.


Dogs with behavioural issues are a problem.  But we have to ask ourselves why some dogs problems.  Not properly trained in puppyhood, lack of leadership, abuse, disrespect, selfishness, congeniality.   Dogs want to please.  Dogs love unconditionally so why should pain be inflicted on them?
Published by Eurodog on Wednesday, January 22, 2014 1 comment:

I read this on the BBC News webpage and I thought I would spread the news.
"Signs are to be put up in the New Forest warning dog owners about a mysterious disease that has killed 13 dogs across Britain in recent months.

The Forestry Commission notices tell owners to take their pet to a vet should it develop lesions on its legs, paws or face.

Vets say the disease - which leads to kidney failure - is similar to "Alabama Rot", which was first seen in the US in the 1980s.

The source of the disease is unknown.

However, the Environment Agency has ruled out chemical contamination in water supplies.

The majority of the dogs that died in the past year were in the New Forest, but there were also others in Surrey, Cornwall, Worcestershire and County Durham.

The notices say owners should take their dog to a vet even if the lesions appear a week after a walk.

Alabama Rot had been associated with greyhounds, but the deaths in Britain in the past year have affected a variety of breeds.
'Trigger' unknown
David Walker, from Anderson Moores Veterinary Specialists in Hursley, near Winchester, said: "What I would say is that if you see a skin wound on your dog then don't just leave it.

He added: "The dogs that have pulled through seem to be the ones that have presented earlier on in the disease course. However, that doesn't hold true for all of the patients, and dogs seems to be affected to varying degrees."

Mr Walker said his practice first saw cases in December 2012 and since then vets had developed a "much better handle on what the disease is" - but the "trigger" is still unknown.

He said it was "very similar" to Alabama Rot, which was thought to be related to a toxin produced by E. coli bacteria.
Lesions on legs
But Mr Walker said his team had "looked very hard" for the bacteria and the toxin in infected dogs and not found either.

Alabama Rot - the common name for idiopathic renal glomerular vasculopathy - only affected greyhounds when it was identified in the US in the 1980s.

The recent cases in England are different because various breeds have been affected - but Mr Walker said the "pathology [of the disease] is exactly the same".

Like Alabama Rot, the first external symptom of the disease affecting dogs in England is lesions, usually on their legs.

More lesions can appear elsewhere on the body, and in some cases dogs can suffer kidney failure and die."
Published by Eurodog on Tuesday, January 21, 2014 No comments:

Email ThisBlogThis!Share to TwitterShare to FacebookShare to Pinterest
Libellés : health

New research indicates that, like many other animals, dogs are sensitive to the earth’s magnetic field. However, instead of using it to navigate like many insects and birds do, it appears that dogs have a preference for aligning themselves to the earth’s magnetic axis when it’s time to poo.
At least that’s the conclusion researchers came to at , after studying 70 dogs from 37 different breeds over the course of two years.
Note to self: don’t forget compass when walking Ozzy.
Published by Eurodog on Thursday, January 16, 2014 4 comments: 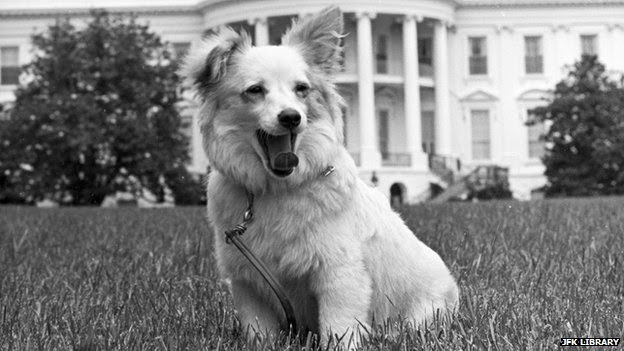 During the Cold War, Soviet leader Nikita Khrushchev and President John F Kennedy wrote to each other regularly. Despite the hostility between their countries, the two men also exchanged presents. One was a dog called Pushinka, whose mother was one of the first dogs to fly into space and return alive. 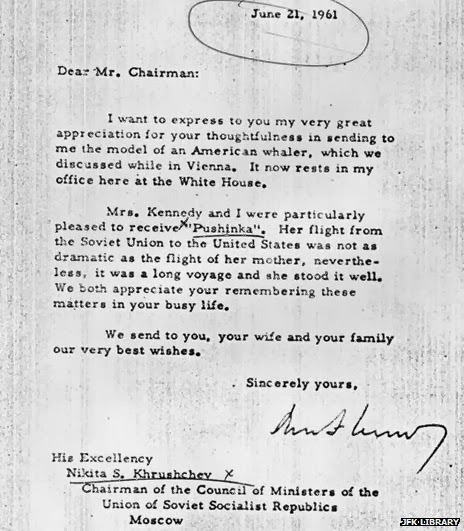 Such courtesy!
Published by Eurodog on Thursday, January 09, 2014 2 comments: