"Dog Days" is the name for the most sultry period of summer, from about July 3 to August 11. Named in early times by observers in countries bordering the , the period extended from 20 days before to 20 days after the conjunction of Sirius, the Dog Star and the sun. In the latitude of the Mediterranean region this period coincided with hot days that were plagued with disease and discomfort.
Dog Days were popularly believed to be an evil time "the Sea boiled, the Wine turned sour, Dogs grew mad, and all other creatures became languid; causing to man, among other diseases, burning fevers, hysterics, and phrensies." according to Brady’s 1813 Clavis Calendaria or a Compendious Analysis of the Calendar: illustrated with ecclesiastical, historical, and classical anecdotes.
A must read this summer?
Published by Eurodog on Wednesday, May 29, 2013 5 comments:

Email ThisBlogThis!Share to TwitterShare to FacebookShare to Pinterest
Libellés : quotes/words/expressions

Could be Ozzy's cousin 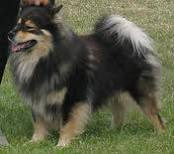 The Finnish Lapphund or Lapinkoira Suomenlapinkoira is a hardy, easy going, medium-size breed of the Spitz type. Traditionally it was used for herding reindeer. Although the snowmobile took over the dog’s job, it remains one of the most popular dog breeds in its native .  It is little known outside the Nordic countries.

The duck who thinks he's a Rottweiler Henry, an Indian Runner duck, and Jaffa, the eight-stone Rottweiler hit it off after Henry escaped from a pen and waddled up to Jaffa.  His owner feared the worst and then watched in amazement as the pair became the best of friends.  When she took out for his walk Henry just followed. Now wherever goes Henry goes too. They cannot be apart ;  they even sleep in the same pen together.
Daily they go on a mile-and-a-half walk together just the two of them.
Now Henry rules the roost. And he even gets into trouble when they roam around the of , Leicestershire and every time Henry takes a plunge in the duck pond, takes a dip too.
Published by Eurodog on Monday, May 20, 2013 2 comments: 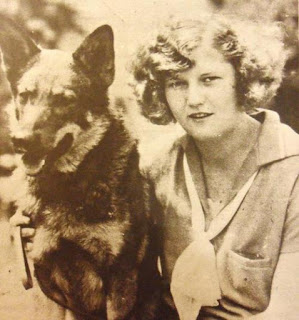 This is Zelda Fitzgerald posing with her dog Fritz in 1922.  He looks like a Malinois, a Belgian Shepherd.
The Malinois was probably introduced to the US after WWI. During the war in Europe they were brought into military service to act as messengers, scouts, border patrol and Red Cross dogs.