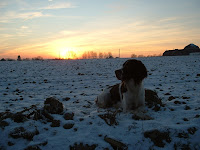 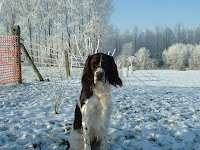 This is my first attempt at trying to post a YouTube video on this blog. I must try this again sometime.

Love me, love my dog

Many pet-friendly hotels have changed their pet-friendly policies due to the disregard of irresponsible pet owners. Knowing and keeping yourself aware of pet etiquette can make the difference in being welcomed and even being invited back or being asked to leave. BringYourPet.com, a leading resource for finding quality, pet-friendly accommodation in the US and elsewhere gives the following tips to make the best of your trip for you, your pet as well as others you'll come in contact with.

1. Never show up with a pet unannounced without checking the pet policies where you'll be staying.
2. Keep identification on your pet as well as recent photos and vet records in your luggage.
3. Keep your pet on a leash when out of the hotel room to respect other guests as well as protect your pet.
4. Bring your pet's comfort items such as bedding, toys, treats, water/food bowls, etc.
5. If your dog barks frequently, other guests might be disturbed, so consider leaving your pet at home.
6. After walking your pet, clean up its mess.
7. If leaving your pet in your room alone, keep them contained since maids will likely service your room. Also, leave on a television or radio to keep them company.
8. Bring covers for furniture or beds to keep shedding to a minimum. Remove hair from the room.
9. Feed your pet in the bathroom to avoid staining carpets while eating and drinking.
10. Be considerate of others when they are around your pets. Many will reach to touch your pet and might frighten Fido, causing him to nip at the stranger.

You might think this is stating the obvious but you would be surprised. 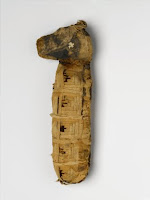 Dr. Zahi Hawass, Secretary General of the Supreme Council of Antiquities and his team of archaeologists found a rare intact mummy dating to pharaonic times when they opened a sealed limestone sarcophagus last month in the shadow of the world's oldest standing step pyramid at Saqqara.
Hawass said he believes the mummy in the limestone sarcophagus belonged to a nobleman, but so far this mummy and other mummies' identities found in the tomb remain a mystery. "Only the rich could afford to have sarcophagi made of limestone from Thebes," said Hawass. “Thebes is an ancient city on the west bank of the Nile, hundreds of miles to the south in what is today's Luxor”.
A dog's mummy — possibly of a pet — was also found along with mummies of children, prompting speculation the chamber holds the remains of a large family, with the richer, more prominent members, buried in the sarcophagi.
“There is no inscription to help understand more about this dog mummy. It may be that the owner of this dog had asked that his pet be mummified and buried along with him so that he could accompany his master to the afterlife. This was common in Egypt.”
Published by Eurodog on Friday, March 13, 2009 4 comments:

This picture was taken during one of my classes. When teaching -dogs or humans alike - it is a challenge to capture the handler's and the dog's attention. Blacky is obviously more interested in the person with the camera whilst the person standing next to him has decided to have some quality time with his dog. What was I trying to tell them?
Published by Eurodog on Sunday, March 08, 2009 1 comment:

Mopsa and Winchester Whisperer and the whole world, it seems, want to know what kind of dog the Obamas are getting and when.
Mrs. Obama says she thinks she is going to look for a rescue Portuguese Water dog who is "old enough" and a "match" for the family dynamic.
When? After the spring break which in European terms means after Easter.
Referred to as the Cao de Agua (waterdog) in its native Portugal, the Portuguese Water Dog was bred to accompany fisherman on their boats. An exceptional swimmer and diver, the breed retrieved broken nets, dove for fish, carried messages between boats and to shore, and guarded the boat for his master in foreign ports.
The PWD is certainly not a fashion accessory. It is an athletic, strong and active breed which requires daily vigorous exercise. It is very intelligent and responds well to obedience training and is a loyal companion. Furthermore, its profuse coat is hypoallergenic. Ideal for one of the Obama girls who is allergic to dog hair.
Not everyone is happy about this choice. Connoisseurs and owners of the breed feel that the possible rise in popularity of the breed could lead to an outbreak of shady breeders and irresponsible owners who may not understand the breed, not train them properly and may eventually abandon them.
"There's always the danger of something like that," says Stu Freeman, president of the Portuguese Water Dog Club of America. "It's '101 Dalmatians' syndrome."
After that movie came out, everyone thought: “aren't they cute!" ran out and bought the dogs and found out they were not quite as adorable as the ones in the movie, Freeman said.
Published by Eurodog on Wednesday, March 04, 2009 3 comments:

Fala was a famous Scottish Terrier, the beloved dog of US President Franklin D.Roosevelt. One of the most famous presidential pets. Fala captured the attention of the public in the US and followed Roosevelt everywhere, becoming part of Roosevelt's public image. Fala moved into the White House on November 10, 1940 where he spent most of his time there until Roosevelt died.
Every morning Fala was given a bone that came in with Roosevelt's breakfast tray; at nights he was fed dinner. However, in Fala's first few weeks in the White House, he was sent to the local vet after getting a severe gastrointestinal disorder; it was later discovered that the White House staff was constantly feeding him, and he became ill after eating too much. Roosevelt ordered that "not even one crumb will be fed to Fala except by the President" and the dog was in good health thereafter. Fala was often with Roosevelt on the scene of important events.
In April 1945, Roosevelt died. Fala attended the funeral and went to live with the widowed Eleanor Roosevelt. She wrote this passage in “On My Own”, her autobiography: “It was Fala, my husband's little dog, who never really readjusted. Once, in 1945, when General Eisenhower came to lay a wreath on Franklin's grave, the gates of the regular driveway were opened and his automobile approached the house accompanied by the wailing of the sirens of a police escort. When Fala heard the sirens, his legs straightened out, his ears pricked up and I knew that he expected to see his master coming down the drive as he had come so many times. Later, when we were living in the cottage, Fala always lay near the dining-room door where he could watch both entrances just as he did when his master was there. Franklin would often decide suddenly to go somewhere and Fala had to watch both entrances in order to be ready to spring up and join the party on short notice. Fala accepted me after my husband's death, but I was just someone to put up with until the master should return”.
Published by Eurodog on Monday, March 02, 2009 2 comments: