Birds with dog heads and dogs with bird bodies are dirds. 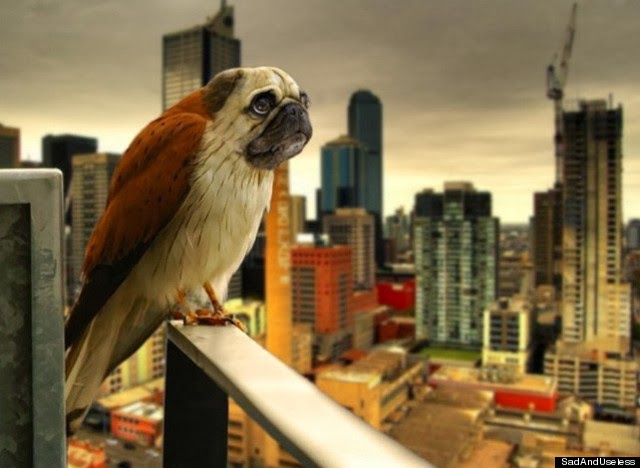 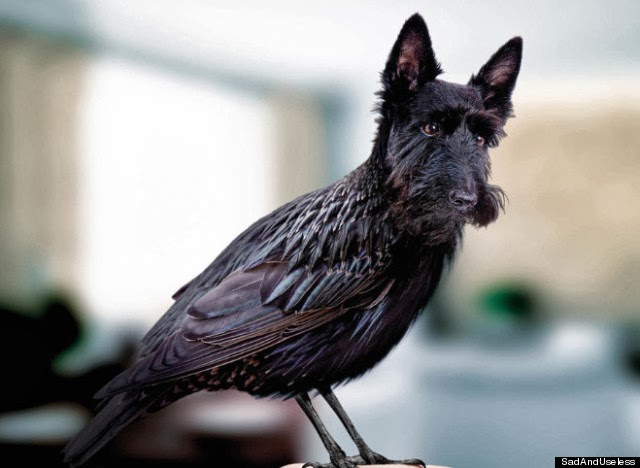 "These photos are not Photoshopped, and yes, they are 100% real says dird expert and dird enthusiast, Dr. Derdly Dirdright", the Huffington Post reports.
I am sorry but I have a sense of humour failure.
Published by Eurodog on Wednesday, February 26, 2014 1 comment:

Email ThisBlogThis!Share to TwitterShare to FacebookShare to Pinterest
Libellés : fun pictures, what next? 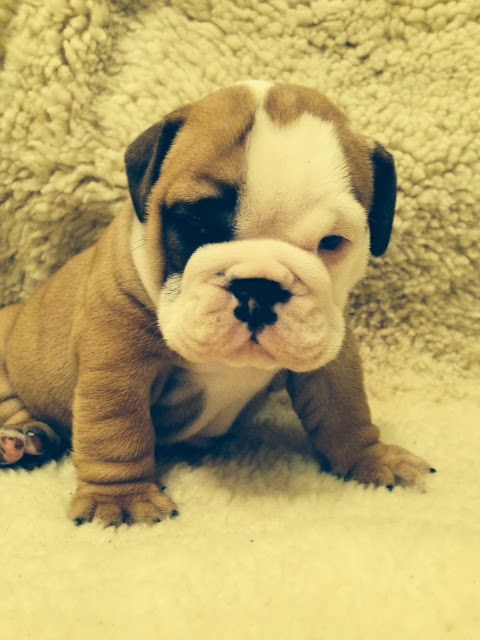 This English bulldog puppy was a guest at tea time. 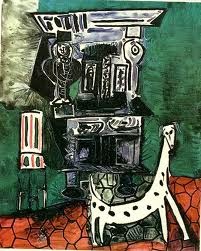 This painting by Picasso is entitled “Henri II buffet with dog and chair”.  The Henri II style of furniture (1860-1900) is known as French Renaissance.  It  is notable for its size and solidity. Pieces tend to be huge and rectangular in composition, with heavy carving, dark wood and large bun feet. Armoires are notable for their often elaborate cornices with large finials and crests, and show a strong Italian influence in their carving and design. Mirrors and beds tend to be very ornate, with carved pillars and finials. Armoires have either solid wooden doors or glass mirror doors.
I gather you can buy Henri II furniture for a song in French auction houses.
As for Picassos…
Published by Eurodog on Wednesday, February 19, 2014 2 comments: 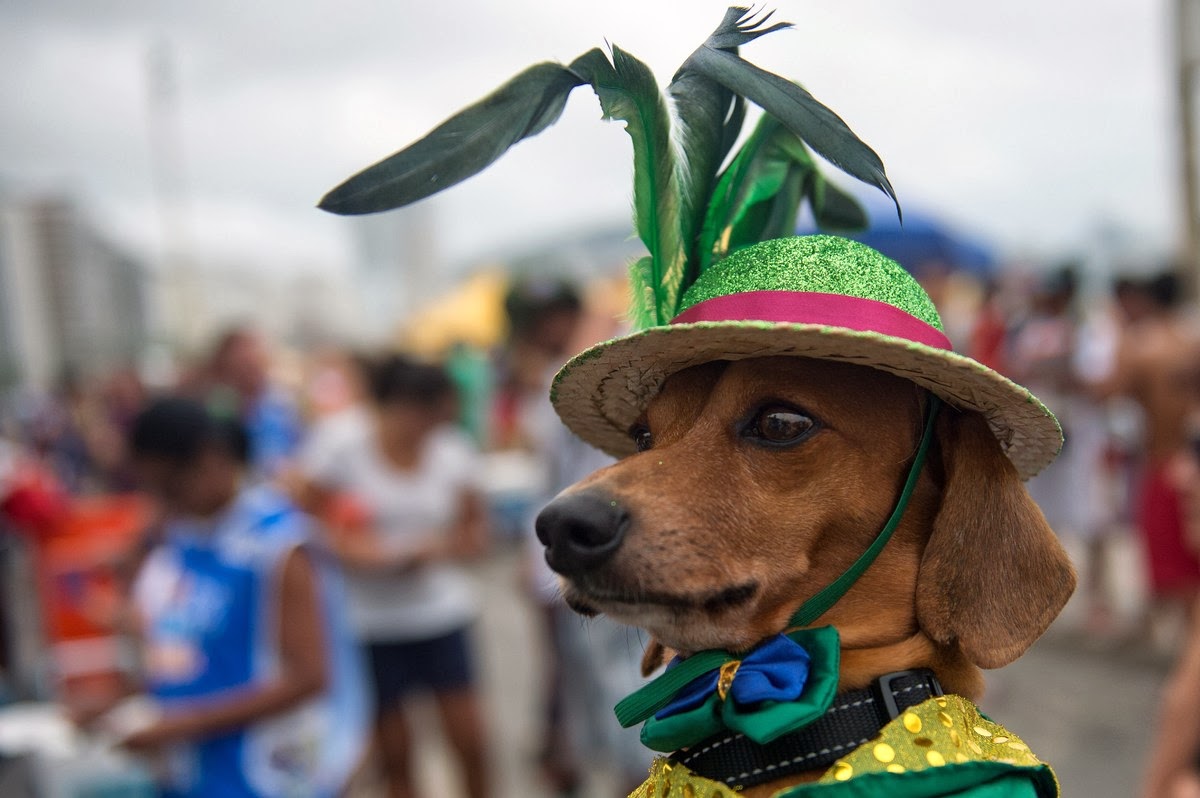 Dog getting ready for the Rio Carnival at Copacabana.

Email ThisBlogThis!Share to TwitterShare to FacebookShare to Pinterest
Libellés : events 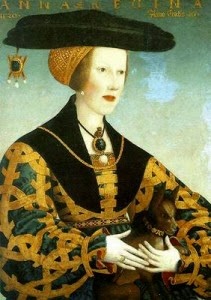 I came across this portrait of Queen Anne of Bohemia and Hungary.  It is dated 1520  and was painted by Hans Maler, a German portrait painter.  Note the dog’s striking jewelled collar.


During the Renaissance, the Royal courts of often set the trends in canine couture.  Detailed paintings, tapestries, early literature, letters and diaries, catalogue a collection of well depicted beautiful collars, jewels and coats worn during this period by royal canines.  Dogs are, after all, the most loyal of subjects. No expense was spared for royal hounds and lap dogs alike when it came to providing for their comfort. Dogs slept in sumptuous beds (often the king’s or queen’s), ate delicacies from exquisite bowls and had their every need attended to by servants. Louis XI of France (1423-1483), a notorious miser, clad his favourite greyhound, named “Cher Ami” (Dear Friend) in a collar of scarlet velvet garnished with 20 pearls and 11 rubies.
Published by Eurodog on Wednesday, February 12, 2014 2 comments:

Email ThisBlogThis!Share to TwitterShare to FacebookShare to Pinterest
Libellés : dogs in art, history 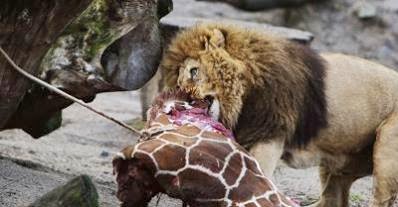 This is what happened to poor old Marius.  No wonder the zookeeper is receiving death threats.

Giraffe killed and fed to the lions in Copenhagen Zoo. 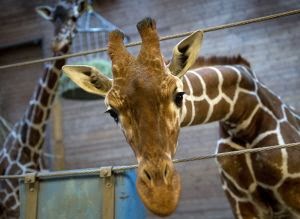 Saying it needed to prevent inbreeding, the Copenhagen Zoo killed a 2-year-old giraffe and fed its remains to lions as visitors watched, ignoring a petition signed by thousands and offers from other zoos and a private individual to save the animal.
Marius, a healthy male, was put down Sunday using a bolt pistol, said zoo spokesman Tobias Stenbaek Bro. Visitors, including children, were invited to watch while the giraffe was then skinned and fed to the lions.
Published by Eurodog on Sunday, February 09, 2014 No comments: 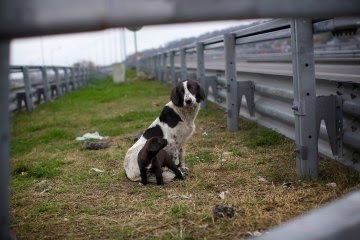 Kelly O’Meara, director of companion animals and engagement for Humane Society International, was “very surprised” when she heard that officials planned to kill stray dogs roaming around the Olympic host region throughout the Games. Just last April, organizers scrapped that idea, and said they would build a shelter for the animals. Now, city officials have hired a private company to do the dirty work — its owner told ABC News that the dogs posed a public-safety and health risk and that they were “biological trash.”
Published by Eurodog on Thursday, February 06, 2014 1 comment: