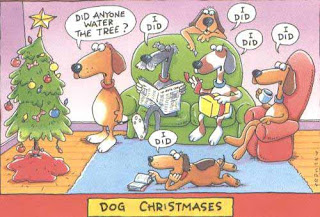 A buff and chiseled Will Smith tears through the deserted and apolcalyptic streets of Manhattan in his Mustang Shelby in the striking opening scenes of "I Am Legend." He carries a high-powered rifle by his side, his German shepherd Sam is in the front seat, and he's out hunting galloping herds of deer, which bounce through the midtown streets, now overgrown with weeds and cluttered with deserted cars frozen in permanent gridlock. Smith is playing Robert Neville, the last man alive in New York and perhaps on the planet. A deadly virus, the fatally ironic result of a "cure" for cancer that backfired, has wiped out all but those few who, like Neville, are immune to the virus. Neville has the run of the city during the day, but at night he boards himself up in his Washington Square townhouse. For at night, the Infected come out; they are contaminated humans who have mutated into raging, flesh-eating zombie vampires who cannot tolerate daylight.The screenwriters and Francis Lawrence, the director, have found clever ways to sustain what is, for more than half the movie, a one-man show. It helps, of course, that Smith is that one man; there are few movie stars who can hold the screen with such effortless charisma and who deliver most of their lines to a dog. The reviews are good on the whole but say that the visionary depiction of a postplague world, where a solitary man tries to hold on to his sanity, gives way to an intense but quite conventional night-of-the-living-dead remix and the vampires/zombies are there for cheap thrills. I am told by a sci-fi enthousiast who knows about these things that there is a metaphysical dimension to the film as well.
As for the dog: Abbey is a 3 year old German Shepherd and is called Sam in the film. She was not discovered on the streets of NYC or at a Hollywood casting call but was hand picked and rescued from a California kennel. Experienced trainer, Steve Berens, selected and gave her three weeks of intensive coaching before introducing her to the rest of the cast. While there may have been some "creative differences" at the start -she barked at Will when he first walked up to her- after a short while, the two became friends.
She might be the only reason I would want to see the film.
Published by Eurodog on Wednesday, December 19, 2007 8 comments:

It was reported a few days ago by the Humane Society of the United States that a pet store in the Bel Air neighbourhood deceived customers, including Hollywood celebrities, about the origin of their puppies, many of which come from unlicensed pet mills. Puppy mills are breeding facilities that produce purebred puppies in large numbers.These puppy mills are often run by farmers who raise soybeans and corn, and this becomes another, more lucrative cash crop for them. It often becomes a dominant source of income because no money is spent on the care of these dogs. The investigation by the HSUS looked at dog breeders, pet auctions and pet stores that form a chain of supply for the expensive dogs that can be found along the streets of Beverly Hills, often in sweaters and rhinestone collars. The tiny toy breeds that sit in wooden baby cribs at the Bel Air store, Pets of Bel Air, sell for upward of $1,000 and are popular among the young Hollywood set. Puppies from these puppy mills are also directly sold to the public via the Internet, newspaper ads, or at the mill itself.The myriad documented problems of puppy mills include: over breeding, inbreeding, minimal veterinary care, poor quality of food and shelter, lack of human socialization, abuse, overcrowded cages and the killing of unwanted animals.For the unwitting consumer, this situation frequently means buying a puppy facing an array of immediate veterinary problems or harbouring genetic diseases that surface years later.

Have a look at the Humane Society of the United States website and sign the pledge to stop this practice: http://www.stoppuppymills.org/
Published by Eurodog on Friday, December 14, 2007 11 comments:

Wag Hotels was designed from the ground up, exclusively for dogs and cats. Their design and services are comparable to what you would expect to find in a five star hotel for yourself. Their motto is “Redefining pet boarding and kennelling”. Accommodation varies on the size of the dog and the owners’ requirements for their dog. The standard care package includes, among other things, two playgroups of 1 hour each. Most of the guests play with others, however if a dog shows unfriendly behaviour towards other dogs, it will not be able to participate in playgroups. To accommodate these guests, an individual play is offered for an additional fee. There are many additional services the dog can benefit from. A swim in the pool at 25 US dollars/session; a 25 minute massage for 25 US dollars; pick up and drop-off service; business walks at 15 US dollars/walk. Guests are fed twice a day and menus are tailored to fit their diet. Rooms are cleaned daily and as often as necessary to assure the guests’ comfort. A luxury suite provides premium beds, sofas, rugs, paintings and a plasma TV at a rate of 72 Us dollars per night.
There are Wag hotels in San Francisco and Sacramento at present.
Have a look on their website: http://www.waghotel.com/
Published by Eurodog on Monday, December 10, 2007 4 comments:

These two puppies are sisters and were born in the Ardennes on 22nd September. They will be joining the puppy class at the dog club when they are 4 months old.
Kenza is on the left and Patia on the right.
I have written about Patia's owner in a previous post where she is called Mrs Buttercup.
http://eurodogtraining.blogspot.com/2007/06/whats-love-got-to-do-with-it.html
Published by Eurodog on Thursday, December 06, 2007 18 comments:

As part of my involvement with dogs, I do a lot of reading and research and this morning before breakfast I was reading a book by Pat Miller about positive dog training. She is an American dog trainer. I came across these few lines in a chapter on barking. I am speechless.
"One of the most disgusting things humans sometimes do to their dogs is debarking. Dogs come with voices; it is up to us to train them not to be chatterboxes. Debarking a dog by severing his vocal cords is an abomination."
First: I did not know this practice existed and I will check with my vet whether this is done here in Belgium. Second: I did not know the word debarking.
Published by Eurodog on Saturday, December 01, 2007 10 comments: