I was looking through Compass 24’s catalogue which is a water sports catalogue for the largest mail order house for yachting equipment in the world. Our favourite pets can enjoy sailing too and for their comfort and safety the following two items are a must.
1. the boarding ladder, suitably named Paws Aboard, offers the fastest and safest way out of the water for our four-legged friends. Reduces danger of injury for dogs of all ages. Extremely safe non-slip rungs. Fast and simple to fit. Central hinge ensures compact stowage. UV and corrosion-resistant material. Easily cleaned with a mild detergent. It will cost you 189,95 £

2. the premium dog swim jacket, an attractive and above all safe swim jacket for your dog. Not just for wearing on board. With soft padded, adjustable chest belt and two adjustable belly straps. Retro reflective patches, lifting becket and small pocket. Cost : 22,95 £

I would just like to add that these are not luxury items as dogs can fall overboard just as easily as humans and can drown just as quickly. Dogs find it very difficult to climb on board and need help.  If humans are more than happy to help their dogs back on board after a voluntary or involuntary swim, they will end up with terrible scratches ( and possibly teeth marks ) on their arms, back and torso as the dog tries to clamber back on board.
Published by Eurodog on Monday, May 31, 2010 3 comments:

My friend LPC who lives in Antibes sadly lost her husband recently . Kenza, a Maltese Bichon belonged to a young woman who worked in the kitchen of a busy restaurant and who had impossible hours. On her day off, she would lunch with her friends, go clothes and grocery shopping, have her hair done, go to the dentist, take her car to be serviced, have tea with an elderly relative, go to the post office to pick up a parcel, pay a few bills, update her Facebook profile, attend to domestic chores such as cleaning the bathroom and kitchen, do the ironing and so on and so forth.  Poor Kenza was left alone for hours on end and her owner eventually took pity on her and put an ad in the local newsagent. LPC’s son went to buy a packet of cigarettes, saw the add, called his mother and brought Kenza home. When I asked LPC if she had anything to add, she said: “You can always add that she is the best little doggie in the world and that she is 2 years old”.
Kenza is very suspecious of me and barks at me when I look at her.
She is the only frequent flyer dog I know as she and her mistress are regulars on the Brussels-Nice run.
Published by Eurodog on Wednesday, May 26, 2010 1 comment:

Email ThisBlogThis!Share to TwitterShare to FacebookShare to Pinterest
Libellés : dogs belonging to friends 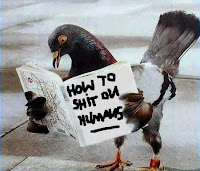 Following on from my two previous posts, I think this picture is "suitable".
Published by Eurodog on Saturday, May 22, 2010 1 comment: 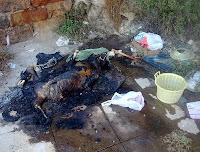 This unknown dog was found by a woman who was walking her dogs in a town in Sicily. Around the scene a group of children was playing quite happily. Apparently this is the fate of stray dogs who are burned alive by bored youngsters. This happens regularly and these crimes are not sanctioned.
Can you believe such cruelty?
Published by Eurodog on Thursday, May 20, 2010 1 comment:

Animal cruelty is extremely offensive in the US and in Europe not in China, it would seem judging by the numerous photos, news reports, and videos of cats and dogs killed with horrific cruelty, even sold in restaurants for human consumption--skinned alive, boiled alive--and the cat and dog fur trade employing most painful, hideous and archaic methods. News of these brutal practices travels far and wide across the globe.
Eighty-five percent of the world's fur comes from fur farms. China has become the world's largest exporter of fur, largely due to the country's absence of animal welfare protection and surplus of cheap labour. And despite our awareness of animal cruelty and anti-fur lobbying, demand for fur from China, mostly from Europe and the United States, has grown in the last ten years.
But do we really know the horrors inflicted on animals at Chinese fur farms? These farms hold between 50 and 6,000 frightened and abused animals each. Red foxes, Arctic foxes, raccoon dogs, minks, cats, dogs and rabbits. These animals are so traumatised they manifest pathological behaviours, symptoms of a lifetime of abuse. China's lack of animal welfare standards allows millions of animals to live out their entire lives cramped in rows of tiny wire cages. These caged animals pace, nod, and circle their heads repeatedly in signs of extreme anxiety. Others, overwhelmed by the conditions, develop learned helplessness, huddling in their cages and demonstrating no signs of interest in the activity around them.
Before sale at markets, animals are removed from cages with metal tongs around their necks and carried by their hind legs for skinning and slaughter. Instead of killing the animals humanely, workers often stun them with repeated blows to the head using wooden clubs, or by swinging them by the hind legs and beating their heads on the ground.
Witnesses to such scenes reported that a significant number of animals were still alive when the skinning process began—starting with a knife at the rear of the belly and ending with the fur being pulled over the animal's head. After the skin is removed, animals are thrown on a pile of carcasses. These animals are often still breathing, have a heartbeat, and continue moving and blinking for between five to ten minutes.
So why not write a letter to both the Chinese Minister of Commerce and the Chinese Ambassador to your country to express your concerns and to urge them to recognize that the inhumane treatment of animals on Chinese fur farms shows a lack of understanding of acceptable animal husbandry techniques. As the largest exporter of fur, and the biggest fur trade production and processing country in the world, China has the opportunity to make an enormous, positive impact on the lives of millions of animals.

Addresses of Chinese Embassies can be found on the Internet but here is the address of the Chinese Minister of Commerce:
Minister Bo Xilai
No.2 Dong Chang'an Avenue
Beijing, China 100731
Published by Eurodog on Sunday, May 16, 2010 4 comments: 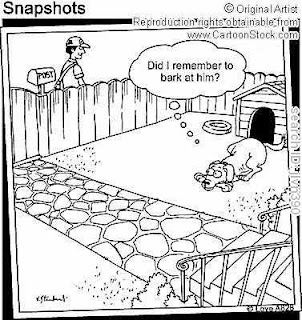 Look at the picture - of poor quality I agrre - 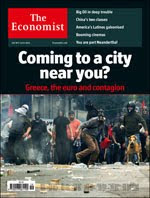 and the dog at the right.  Why?  Oh why? Why do you take your dog to hot spots like the one on The Economist's cover? Why put the dog's life at risk for something the poor thing knows nothing about.
Published by Eurodog on Friday, May 07, 2010 2 comments:

George, the Great Dane, lives with his owner in Tucson, Arizona and has just entered the Guinness Book of Records as the biggest dog ever. He weighs 111kg and measures 1.09m from paw to shoulder and 2.20m from head to tail.  If he were a human, he would qualify as a heavyweight boxer!
Now compare this to a Chihuahua’s statistics which according to FCI’s breed standards should be 30 to 35cm for height and 1.5 to 3.00kg for weight.
Published by Eurodog on Tuesday, May 04, 2010 3 comments:

It's the way you say it! 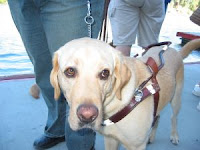 When 57-year-old Ian Jolly went to Thai Spice last May with his girlfriend and guide dog Nudge, he was only trying to get a hot meal. Since the Australian restaurant had a sign on the front door saying “guide dogs welcome“, Jolly thought he’d have no problem getting a table. He never anticipated what happened next - waiters confusing his guide dog as a gay dog.
Believing he de-sexed his Nudge to turn him into a gay dog, waiters at Thai Spice refused Ian Jolly and his girlfriend service. Even after showing them his dog guide fact card, they still wouldn’t let him in. Sound strange?
This incident was odd, so Ian Jolly exercised his civil rights. He sued the restaurant and won $1,500. His main purpose for following through with the suit was to guarantee proper service for other blind people, especially from restaurants advertising the acceptance of guide dogs.
Published by Eurodog on Saturday, May 01, 2010 6 comments: