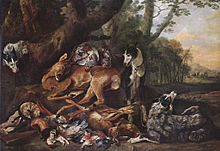 Johannes Fijt was a Flemish Baroque animal painter and etcher.  He was born in in 1611.  He trained in several well established ateliers in before travelling to , , and .
Fyt excelled in the rendering of animal life in its most varied forms. He was very skillful in the reproduction of the coat of deer, dogs, greyhounds, hares and monkeys. He had no equal in painting the plumage of peacocks, woodcocks, ducks, hawks, and cocks and hens, nor was any artist even of the Dutch school more effective in filling his compositions with accessories of tinted cloth, porcelain, vases and fruit.
Fyt's paintings can be seen in several British museums such as the National Gallery and the Wallace Collection among others.

I particularly like this etching titled: "Barking dog" which is in the  Plantin-Moretus Museum in Antwerp. 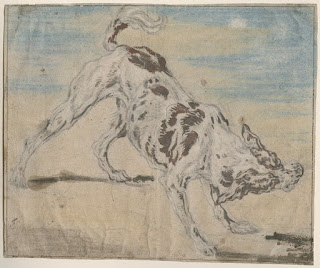 What a week end! 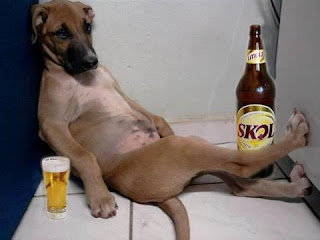 The week end was gruesome.
Published by Eurodog on Monday, September 24, 2012 2 comments: 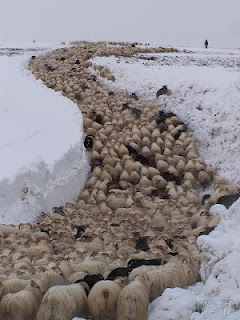 Snow in North Iceland in early September is not unusual, but snowfall of two to three meters overnight is... The sheep are still in highland pastures and it's a race to get them down into the valley.  The sheepdogs have quite a job on their hands.
Published by Eurodog on Tuesday, September 18, 2012 2 comments:

Straight out of Star Wars 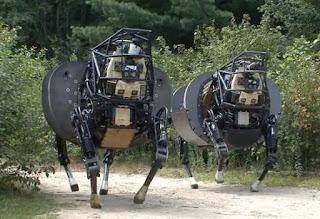 The military-funded robot dog program has developed an electronic canine which will help soldiers hauling their gear over rugged terrain.  This dog is known as a Legged Squad Support System or LS3 and is a sort of an intelligent pack mule that will not react when shots are fired.   The robot dogs have also been trained to follow the leader.  They can walk up to 3 miles per hour over rocky terrain and transition to a 5-mile-per-hour jog on a flat surface. Eventually, top speed will be around 7 miles per hour on flat surfaces.  The robot dogs will even right themselves should they stumble, without even a whimper.  This invention is useful to soldiers who need to cover ground inaccessible to their Humvees. Let’s just hope these dogs don’t turn on their owners. 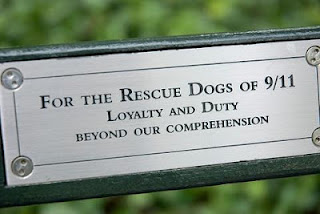 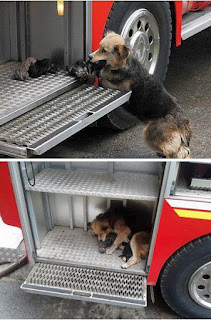 A house fire in Temuco, Chile, destroyed the portion of the home where this dog lived with her 10 day old puppies. She managed to bring them to safety in one of the fire engines.  The homeowners were taken to hospital for burn treatment.
Published by Eurodog on Monday, September 10, 2012 3 comments: